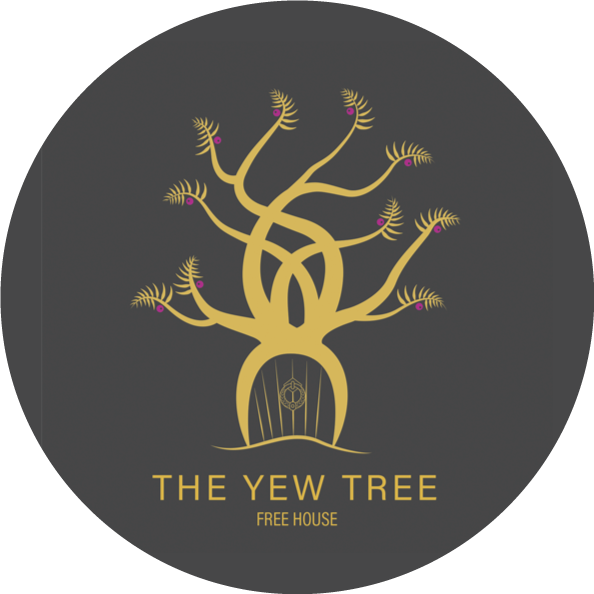 The Yew Tree is situated in the beautiful Cotswold village of Conderton. Conderton is a small hamlet nestled on the southern slopes of Bredon Hill.

This village found near Tewkesbury, Pershore, Evesham and Cheltenham, and only 10 minutes from Junction 9 on the M5, is very popular with walkers, horse riders, cyclists and bird watchers.

There is evidence of Roman activity within the area, shown by the presence of Samian pottery in a nearby site.

The earliest known record of Conderton is in an Anglo-Saxon charter of 875, where it is grouped together with Overbury and Pendock. Conderton is not mentioned within the Domesday Book, but is assumed to still be connected to Overbury. The name Conderton is derived from the Old English Cantware-tūn, meaning “Farmstead of the Kent dwellers or Kentishmen”. It has been recorded/known as Cantuaretun (875) and Canterton (1201)

The popular Yew Tree Inn, once in the same family for over 70 years, was previously a farm.

At one time nearly everyone was involved in agriculture but nowadays very few people have connections with farming.

On the hill there is Conderton Camp, first built in the 2nd Century BC as a cattle enclosure. In the next century a drystone wall was constructed on the northern side of this area and a village was built in this enclosure.

This building is listed under the Planning (Listed Buildings and Conservation Areas) Act 1990 as amended for its special architectural or historic interest. GRADEII Date first listed: 02-Dec-1986

Main entrance in left bay has a flat canopy on shaped brackets, C20 panelled double doors and a transom light with two glazing bars. Gable end of south wing is flush with the main part and has a 12-pane sash window with a moulded architrave on the ground floor and first floor and an original C17 chamfered mullioned attic window of two lights. Attic light in north gable end. The south elevation facing the road has a C19 ground floor casement of three lights and a C19 gabled dormer also with a 3-light casement. There is a substantial C19 wing parallel to the main part in the angle with the south wing. Also adjoining the west gable end of the south wing is a C19 single-storey and attic addition of one bay with a 3-light casement in its south elevation and with another smaller gabled wing at its south end.

Bredon hill’s villages boast a lovely mixture of cotswold stone, and black-and-white timbered buildings with many fine inns, and peaceful churchyards. Various footpaths lead up to the summit from Elmley Castle and Kemerton.

Superb views from this isolated limestone hill at 961 ft. Where you will find an iron age fort with two ramparts. Scene of great battle at time of christ possibly against the belgic invaders. The hacked remains of 50 men were found near the entrance. Superb views over to Wales, the Vale of Evesham, the rivers Severn and Avon, and to the Cotswold Hills.